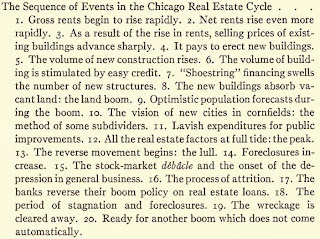 Hat tip to Andrew Lainton, who had a post on the work of Homer Hoyt last year explaining how Hoyt's framework for understanding urban real estate cycles dovetails with the asset price increases and decreases in the credit cycle.
You can read Homer Hoyt's text --his PhD thesis-- "One hundred years of land values in Chicago" in its entirety here at archiv.org.
The framework is laid out above in 20 points but here are some highlights with respect to the Canadian real estate cycle which is still in the phase of euphoria and continues to climb a wall of worry. 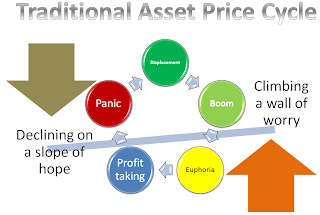 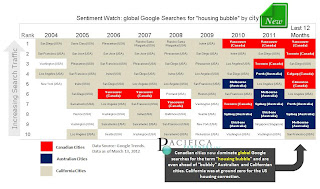 It pays to erect new buildings. 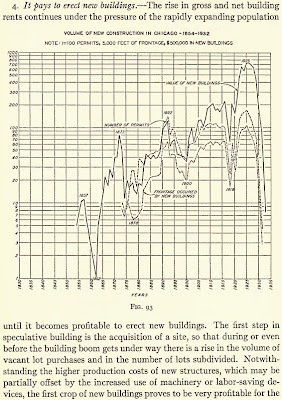 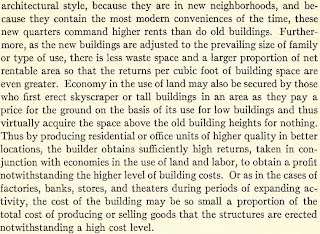 The volume of new construction rises 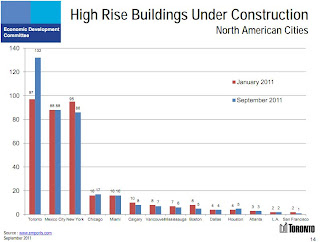 The volume of building is stimulated by easy credit. 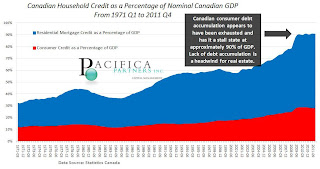 ...not to mention Ponzi style financing

Anyone who has been in downtown Toronto recently will realize the dearth of parking lots --which continue to disappear as we write.
Optimistic population forecasts during the boom. 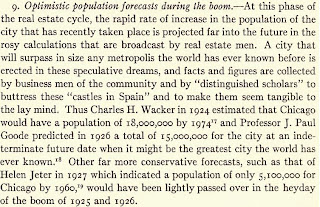 Since 2000, the report adds, nearly 50,000 condo units had been built, sold and occupied south of Bloor Street; by late 2011, an additional 90,000 had been approved throughout the city, mostly planned in the downtown core.The growth presents a number of challenges, not least of which is transit: “Rising population density, specifically along transit lines, will put serious pressure on the city’s already-strained road and public transit infrastructure,” the report notes.There is also uncertainty as to whether the current trends will hold.

So has the real estate market peaked? Will there be a soft landing or will there be a crash? It doesn't matter as at this point, the probability distribution is already set: for lower growth.
The regulatory oversight of the Canadian banking sector will avoid the banking crises of the past...

...but the debts will not go away for the households. Individuals that have extended themselves by access to credit and exceptionally large mortgages on the liability side still have to service those debts and they must do so with incomes that have by and large not kept pace with their material aspirations and --by extension-- their mortgages.