The reports of recovery are greatly exaggerated

Hearing the soundbites concerning QE tapering by the U.S. Federal Reserve and higher yields at the medium-long end of the curve, and hearing that the University of Michigan consumer sentiment index rising to a level, 84.5 in May, that has not been seen since July 2007, one may believe that prospects for a return to good times are good.

Add to this the red herring of policy uncertainty decreasing and one may think that  recovery was around the corner. Continue this line of thinking with the news Friday morning that the United States economy added  175,000 jobs in May and one may think that we have truly turned the corner. One would be wrong; the prospects for a sustainable recovery are greatly exaggerated.

Expectations have been lowered; the goal posts have been moved. There was a time when the addition of 250,000 jobs after just after the bottom of a business cycle was considered a minimum baseline but this is no longer the case. Counter pose the US NFP release with Statistics Canada's Labour Force Survey: an economy 10 times smaller added 95,000 jobs and there is some perspective.
This chart from Reuters Macroscope illustrates the road yet to travel: at May's rate of job growth, payrolls would reach pre-recession levels in the summer of 2014. (For perspective, the current level of job growth would mean that the United States would reach conventional measures of so called full employment by 2023).


This is not to say that there cannot be an uptick in U.S. growth courtesy of consumption; there can albeit temporarily.

Reflation enabling GDP growth in the short term is possible but sustained growth back to the trend rate observed from the 1992-2007 is unlikely.

If a picture is worth a thousand words then 22 charts, courtesy of Huffington Post and Mother Jones are worth considerably more. (References to the original at the bottom of the blog post).

This post is a reiteration of the thesis that growing inequality cannot be glossed over and ignored; it leads to greater economic instability.

[Note that your blogger has never advocated for equality in terms of outcomes but for greater equality of access to opportunity. The dynamics of power never die but the bi and multilateral agreements that we live under and the competition policies which are enacted are enabled by all levels of government and have profound affects on the lives of people.]
Ultimately, it is the power of ideas that must prevail and here are the charts to show that the reports of American recovery are greatly exaggerated.

Sustainable recovery should be built on a solid foundation --ostensibly middle class households-- that can propel growth forward so that the flow of funds in an economy drives demand. When that class is suffering from income stagnation it means (absent taking on debt to enable immediate consumption) that effective demand in the economy will also be lower. 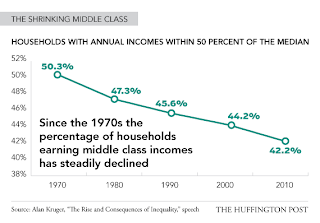 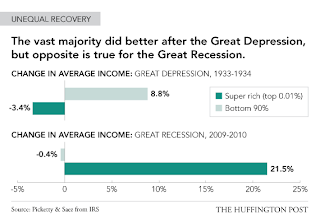 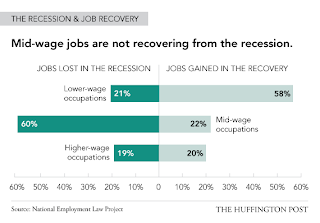 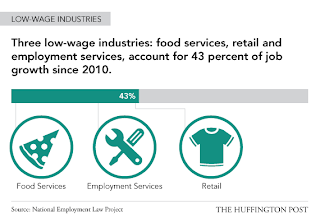 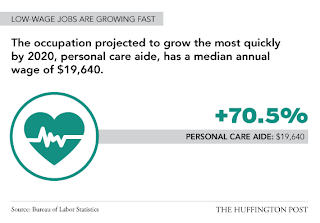 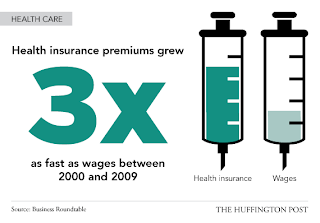 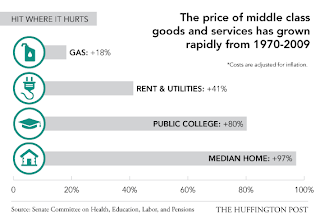 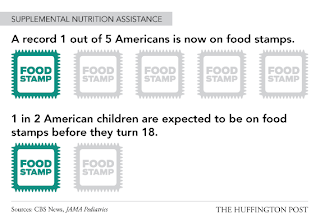 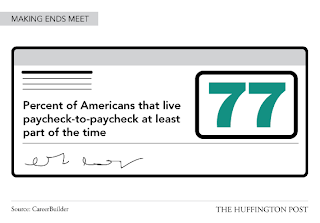 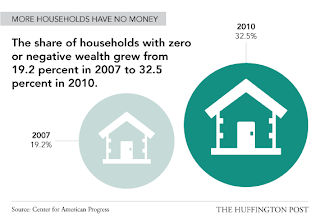 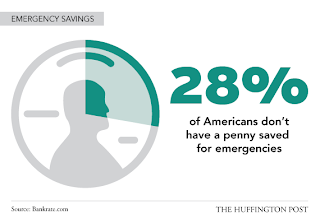 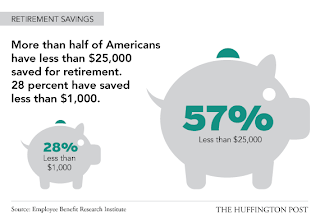 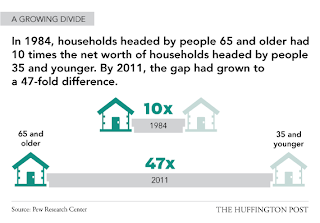 Another headwind for the middle class / middle income cohort is tertiary education, something that theoretically adds to the human capital of future wage earners. With the dearth of employment growth after the Great Recession, the prospects for students leaving post secondary education are dwarfed by the prospect of servicing their debt stock. This debt must be serviced --there is no debt jubilee available-- and the flow of students' future incomes will go largely to servicing that debt, yet again dampening future consumption for the majority. 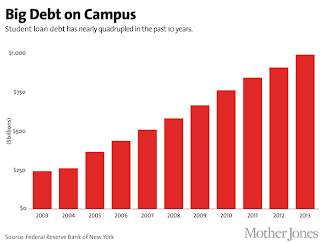 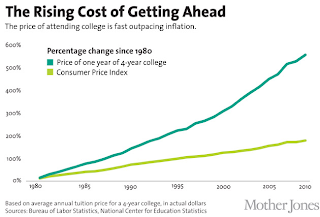 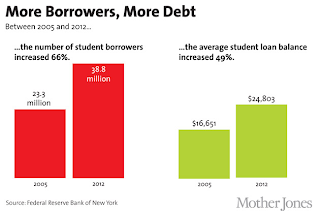 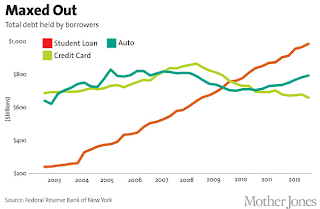 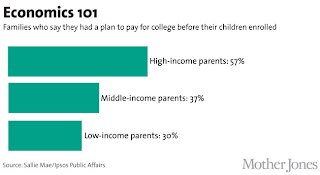 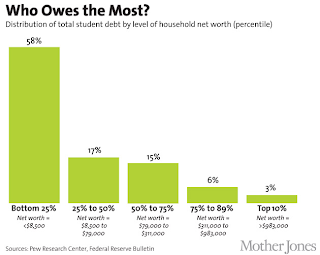 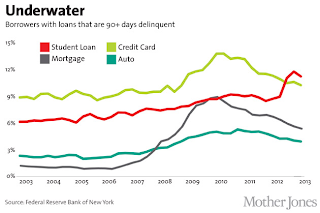 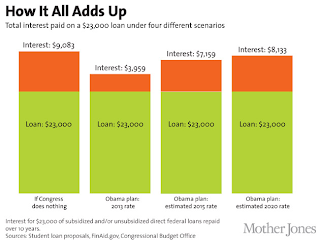 Which brings us to a final point: what about the rich? Unfortunately, they cannot make up for the rest.

The idea that wealth trickles down is refutable but the notion that the rich save much more than expected has not been discussed as much as it should. Using an orthodox neoclassical utility maximizing analytical framework, Christopher D. Carrol of The John Hopkins University, in his paper "Why Do the Rich Save So Much?" arrives at conclusions that contradicts supply side ideology and the traditional "Life Cycle hypothesis".
Here is the paper's abstract:

This paper considers several alternative explanations for the fact that households with higher levels of lifetime income (‘the rich’) have higher lifetime saving rates (Dynan, Skinner, and Zeldes (1996); Lillard and Karoly (1997)). The paper argues that the saving behavior of the richest households cannot be explained by models in which the only purpose of wealth accumulation is to finance future consumption, either their own or that of heirs. The paper concludes that the simplest model that explains the relevant facts is one in which either consumers regard the accumulation of wealth as an end in itself, or unspent wealth yields a flow of services (such as power or social status) which have the same practical effect on behavior as if wealth were intrinsically desirable. [emphasis added]

A variety of evidence, both qualitative and quantitative, strongly suggests that people at the top end of the wealth and income distributions behave in ways that are substantially different from the behavior of most of the rest of the population. In particular, it is difficult to explain the behavior of these consumers using the standard Life Cycle model of consumption.

A leading alternative to (or perhaps just an extension of) the Life Cycle model is the Dynastic model in which the decision maker cares about the utility of his descendants.

The Dynastic model, however, has problems of its own, starting with the testimony of many wealthy households who say that providing an inheritance is not a principal motivation for saving and ending with the fact that childless wealthy old people do not appear to dissave

In a way, the model reconciles Fitzgerald and Hemingway. Fitzgerald was right that rich do not behave simply as scaled-up versions of everyone else. They choose to save more and to accumulate faster because they can "afford" the luxury of doing so. But Hemingway was right to suggest that the rest of us would probably behave the same way, if only we had more money. [emphasis added]

Carroll, Christopher D. Why Do the Rich Save So Much. manuscript., The Johns Hopkins University, 2000. http://www.econ2.jhu.edu/people/ccarroll/Why.pdf.